Google celebrates today’s Great Union Day 2019 or Ziua Marii Uniri, Rumänischer Tag der Vereinigung with animated Doodle in the Romania, which commemorates the day in 1918 when the Resolution of the National Assembly was signed, forming modern Romania.

In 1859, the southern and eastern regions of the Romanian Country and Moldova formed as the Kingdom of Romania, declaring independence from the Ottoman Empire in 1877. The Resolution of the National Assembly united Transylvania, Banat, Crișana and Maramureș, with the Kingdom of Romania, further expanding. the size of the nation.

Ratified in the historic city of Alba Iulia, in the presence of over 100,000 people, the 1918 agreement passed without objection. Containing clauses that protected religious freedom, codified universal suffrage, and freedom of the press, it stood as a testament to the path Romania hoped to pursue.

Since the year 1990 – ie the year after the “turning point” and the end of the supremacy of the communist party in Romania according to wikipedia Marea Unire December 1st is considered a national holiday. This day commemorates the Great Union of Romanian Peoples in 1918 by Alba Iulia.

The Great Union of 1918 was the historical process after which all the historical provinces inhabited by Romanians were united in 1918 within the same national state, Romania. And Preliminary stages were the Small Union of 1859 of the Country of Moldova with the Romanian Country and the acquisition of independence after the war of 1877-1878, against the background of the national rebirth of the Romanians during the 19th century.

The union of Bessarabia, Bukovina and, finally, Transylvania with the Kingdom of Romania (the so-called Old Kingdom) led to the formation of Greater Romania. It was the purpose of Romania’s entry into the First World War on the part of Antante and was favored by several historical factors. 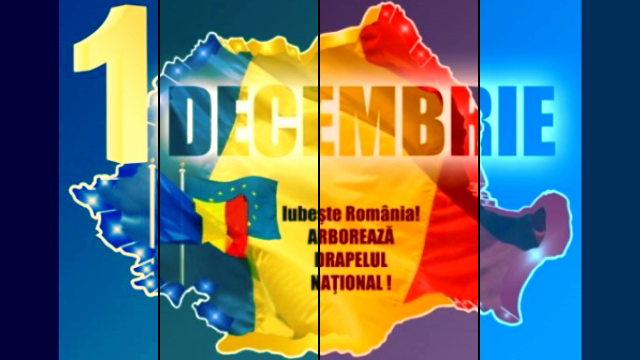