Today the Search Engine Google is celebrating Zhou Youguang’s 112th birthday with Google Doodle animated video in Australia , Japan 周有光 , United States , Canada and some other countries. He was a Chinese economist, banker, linguist, sinologist and publisher known as the “father of Pinyin for creating the system of Romanized Chinese writing that has become the international standard since its introduction some 60 years ago, died on Saturday in Beijing on 14 January 2017.

The O’s in today’s Doodle flip from Pinyin to Chinese characters . Were it not for celebrated linguist 周有光 Zhou Youguang, this phonetic translation would never have come to life, and the world would still be referring to ‘Beijing’ as ‘Peking,’ and to ‘Chongqing’ as ‘Chungking.’

In pursuit of his language love throughout his life, Youguang wrote over 40 books and translated the encyclopedia Britannica into Chinese. Born on this day as Zhou Yaoping, this linguist later adopted the pen name “Yougang” to bring light to the world. Today to celebrate Yougang’s 112th birthday in a special place.

Today, schoolchildren learn Pinyin before characters, and it is often used to input characters on smartphones and computers. It bridged multiple Chinese dialects with its shared designations of sound. 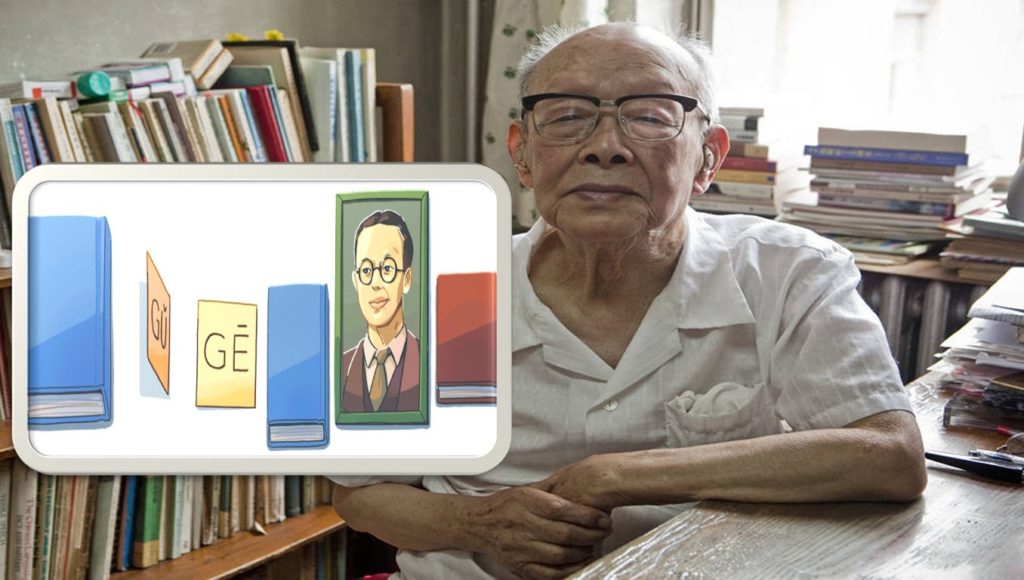