Today the Search Engine Google is celebrating a Thai composer Thanpuying Puangroi Apaiwong’s 105th Birthday with attractive Doodle in the Thailand Of her more than 100 compositions, she is best known for the classic “Bua Kao” (“White Lotus”), which awarded as “Song of Asia” by UNESCO in 1979 and made her a staple in the national repertoire. 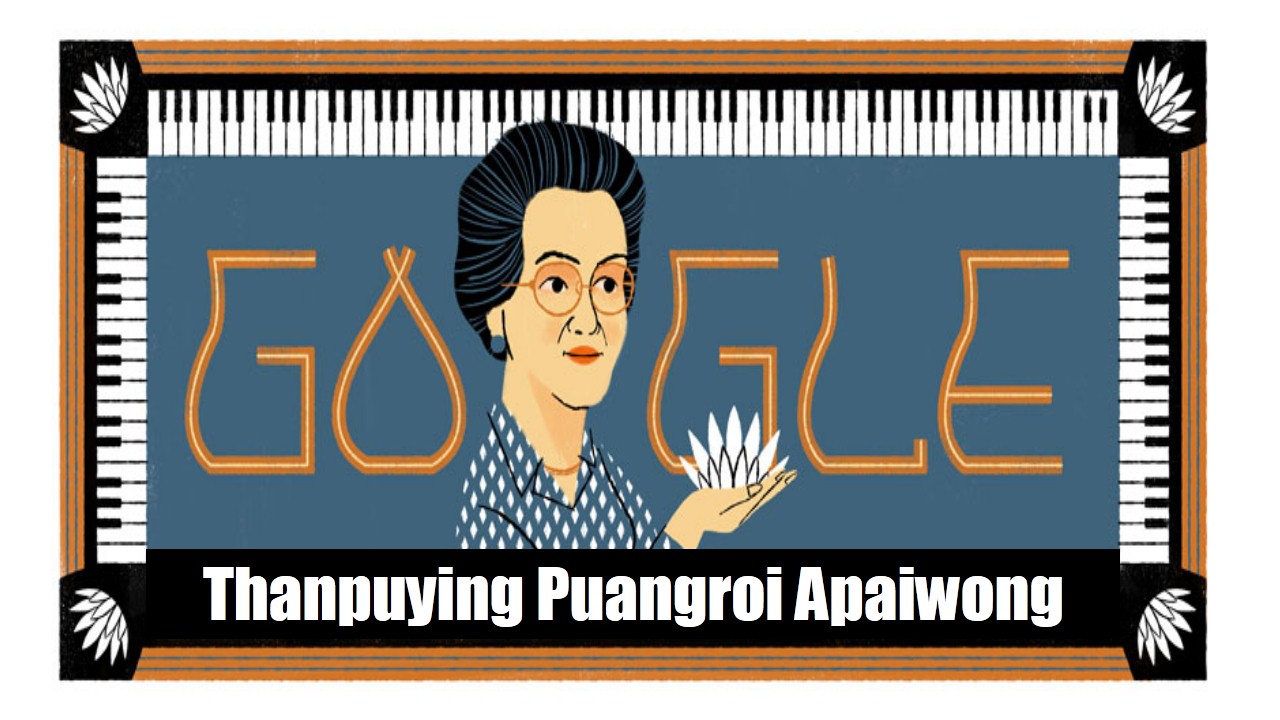 She learned to play the piano and the guitar at a young age. Composing and playing tunes for her family, she showed an undoubted passion and went on to study music at Trinity College London.

The genre blended elements from traditional Thai music with instruments of Western classical, and Apaiwong became one of its leading artists. She composed music for plays and movies, for the royal family, and for special national occasions.

She got an award the Performing Arts award by the Board of National Culture in 1986, as well as five royal decorations for her contributions. Wikepedia