Today’s the search Engine Google celebrates with interactive Doodle artwork for the Tunisian female physician, magazine editor, and social activist Tawhida Ben Cheikh, she was widely known as the first female physician in Tunisia. A feminist pioneer both in and out of the medical field, a pioneer in women’s medicine, in particular contraception and abortion access. 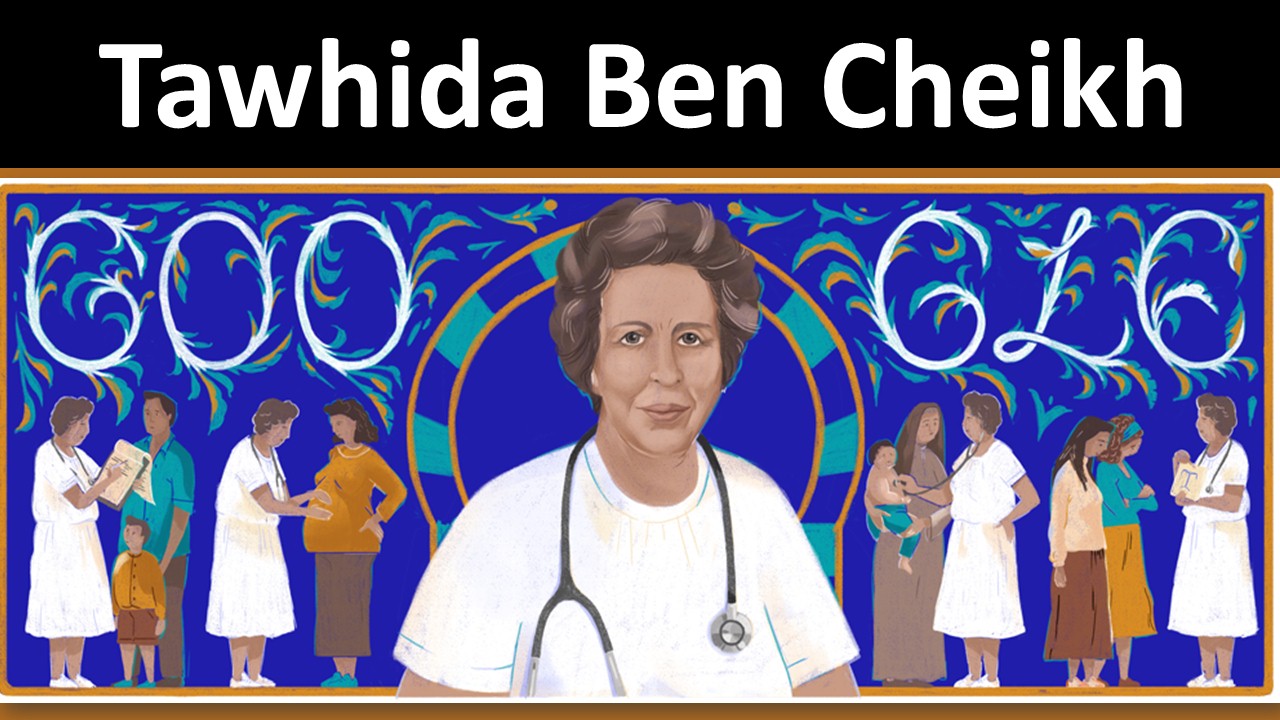 Ben Cheikh helped transform Tunisian medicine by providing women better access to contemporary healthcare. On this day in 2020, the Tunisian government issued a new 10-dinar note emblazoned with Ben Cheikh’s portrait—the world’s first ever banknote to feature a female doctor. she was given a dinner in her honour by local physicians.

She was widely known for the first modern Tunisian woman in North Africa to become a physician.

Born on January 2, 1909 in Tunis, the present-day capital of Tunisia, at the time a French protectorate. Supported by her mother, in 1928 she became the first Tunisian female to graduate secondary school. In a break from traditional expectations of women, she went on to earn her medical degree in Paris in 1936 at the age of 27.

Specializing in gynecology, Ben Sheikh directed a women’s clinic in Tunisia. Ben Sheikh was an “active” supporter of family planning; in the 1960s and 1970s, she instructed doctors in abortion procedures.

A medical trailblazer who made huge strides for gender equality in Tunisia and beyond.

In March 2020 Dr. Ben Sheikh featured on the new 10-dinar banknote issued by the Central Bank of Tunisia.