Who was St. George?

Saint George was a soldier of Cappadocian Greek and Palestinian origins, member of the Praetorian Guard for Roman emperor Diocletian, who was sentenced to death for refusing to recant his Christian faith. He became one of the most venerated saints and megalomartyrs in Christianity, and he has been especially venerated as a military saint since the Crusades. 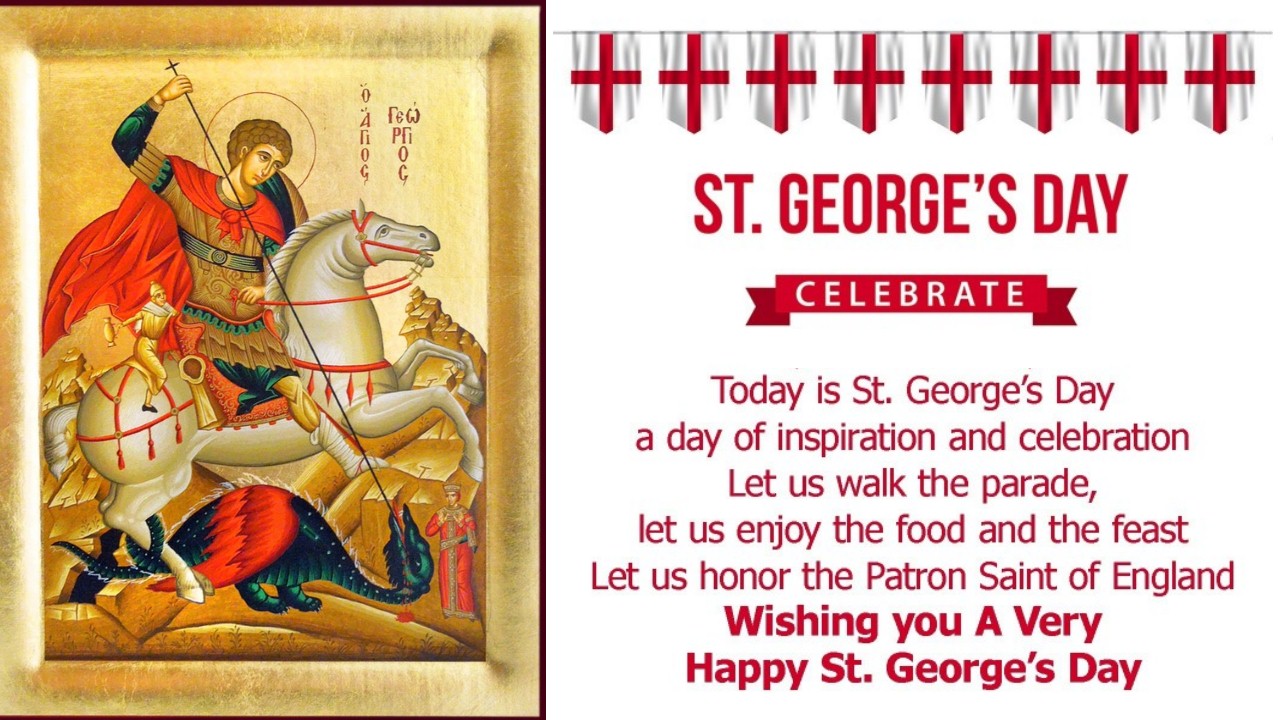 Attributes Clothed as a crusader in plate armour or mail, often bearing a lance tipped by a cross, riding a white horse, often slaying a dragon. In the Greek East and Latin West he is shown with St George’s Cross emblazoned on his armour, or shield or banner.

Patronage: Many Patronages of Saint George exist around the world

Accounts lauded St. George as a hero who rescued not only a princess but an entire city under siege from a fire-breathing dragon!

Why do we celebrate St. George’s Day ?

St George’s Day in England recalls St George, England’s patron saint. The anniversary of his death, which is on April 23, is seen as England’s national day. According to legend, he was a fighter in the Roman army who killed a dragon and saved a princess.