Today, the most popular search engine has shared an interactive Google doodle, celebrating the Rudolf Weigl’s 138th birthday, who was a Polish biologist, physician, and inventor. He is most known for creating the first effective vaccine against epidemic typhus. He founded the Weigl Institute in Lwów (now Lviv), where he conducted vaccine research.

Today’s Doodle celebrates the 138th birthday of Polish inventor, doctor, and immunologist Rudolf Weigl. He produced the first effective vaccine against epidemic typhus—one of humanity’s oldest and most infectious diseases.

On this day in 1883, Rudolf Stefan Weigl was born in the Austro-Hungarian town of Przerów (modern-day Czech Republic).

As millions across Eastern Europe were plagued by typhus, Weigl became determined to stop its spread.

Who was Rudolf Weigl?

Rudolf Weigl was a Polish inventor, doctor, and immunologist.


Weigl worked during the Holocaust to save the lives of many Jewish men and women. He played an active role during the time in which he developed a vaccine for typhus as well as provided shelter for Jews, in order to protect them from execution by the Nazis. 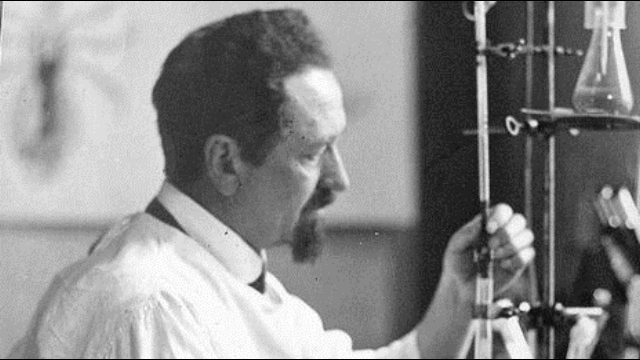 What has Rudolf Weigl known for?

Rudolf Weigl invented Typhus vaccine. Typhus spreads through lice in the body and has been responsible for millions of deaths throughout history.

He discovered that a vaccine could be developed from lice stomachs infected with Rickettsia prowazeki, a harmful bacteria especially to humans. He developed this first version of the vaccine in 1918 and began experimenting on guinea pigs and even human volunteers. He refined this technique over the years until 1933, when he performed large-scale testing in order to cultivate bacteria and experiment with the lice using a micro-infection strategy.

A ? on his achievements ?? pic.twitter.com/vvN6Yp6D7S