In a viral video clip, the snake can be seen sprawled across the grass after evidently biting off more than it could chew. The 15ft Burmese python was discovered by a farmer in the Phitsanulok province, northern Thailand last Saturday on August 21.

The cow vanished three days before, and the farmer was looking for it when he found the serpent. 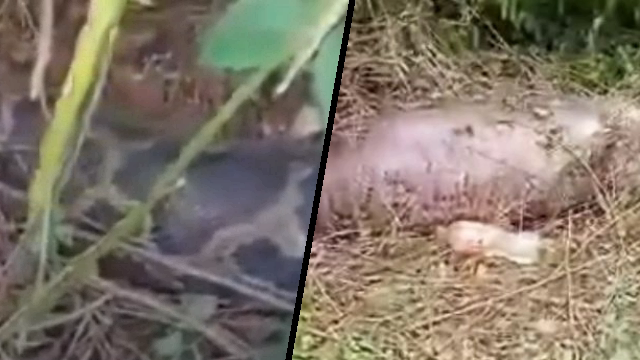 Local experts believe its stomach tore after becoming swollen after struggling to cope with the giant meal. Village official Nirun Leewattanakul theorised: “The python must have been hungry and saw the cow. “It then strangled the cow to kill it before swallowing its whole body.

Footage and video shows the snake sprawled in the tall grass while its stretched stomach was split open.


The python’s stomach ended up exploding after trying to swallow the entire cow in one bite.

According to Newsflare, the python was 15 feet long. It attacked a 2-year-old cow that was grazing in farmland located in Phitsanulok province, northern Thailand, on August 21. 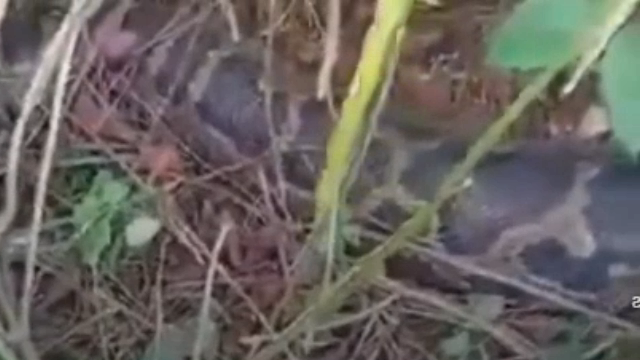 Authorities reportedly burned and buried the remains of the cow and snake because that’s what you do when you encounter such a terrifying scene.

Watch the horrifying video of the Burmese python that swallowed a cow whole.

The snake’s stomach ruptured, killing it.