Motorola Moto G3 to get Android 6.0 Marshmallow rolling out in India

Motorola has started out the Android 6.0 Marshmallow  update to its Moto G3 third Generation 2015 Moto G smartphone in India. The update is being rolled out gradually, so if you haven’t been notified about the same, stay put. You can also manually update check for the update by heading over Go to Settings > About Phone > System Update. 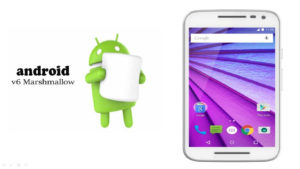 Android 6.0 M update v24.11.25 for the 2015 Moto G third Gen is file size 460MB . It also includes the Android security update for December. Motorola confirmed Android 6.0 (Marshmallow) update for a range of phones back in October. It recently added the Moto E (2nd Gen) 4G LTE to list and said that will get Soon the Marshmallow update in Canada, Latin America, Europe and Asia, excluding China and all country. 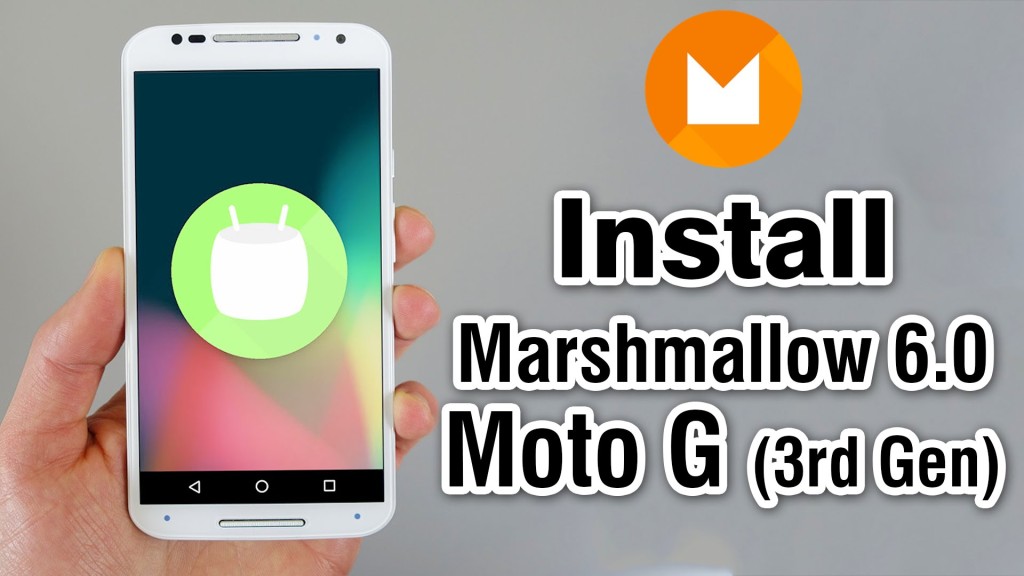 How to update Motorola Moto G (3rd gen) Android 6.0 Marshmallow You can also manually update check for the update by heading over Go to Settings > About Phone > System Update. 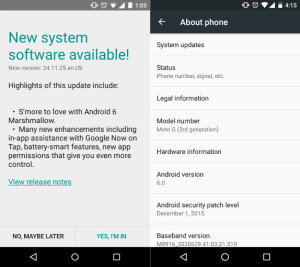