Today, The search engine Google is celebrating the 190th birthday of Julius Lother Meyer. He was born on 19th August 1830 and was a German chemist.

He was one of the innovators in emerging the first periodic table of chemical elements. Both Mendeleev and Meyer worked with Robert Bunsen. He never used his first given name, and was known throughout his life simply as Lothar Meyer.

Today Google Doodle has shared a very interactive doodle on Julius Lothar Meyer’s 190th Birthday and depicting him as a German chemist, professor and author. He was so intelligent and discovered the first periodic table of chemical elements. 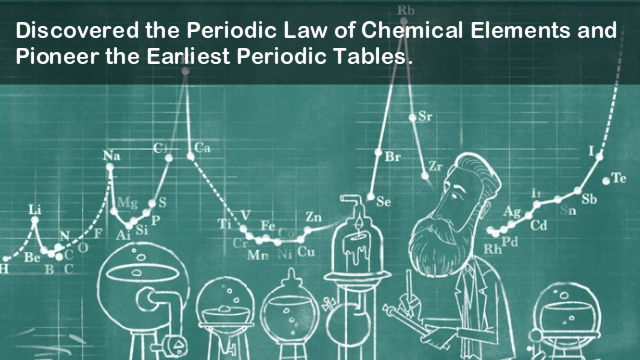 He was the son of Friedrich August Meyer, a physician, and Anna Biermann. After attending the Altes Gymnasium in Oldenburg, he studied medicine at the University of Zurich in 1851.

Julius Lothar Meyer was born into a medical family in Varel, Germany on this day in 1830. Initially dedicated to the study of medicine, he started focusing to physiological chemistry and did his Ph.D. in chemistry from the University of Breslau doctorate in 1858. After that, he started his career as a science teacher.

What did Meyer predict about the elements?

Hence, Periodic table. Meyer known for his part in the periodic classification of the elements. Therefore, he noted, as J. A. R. Finally, Newlands did in England, if each element is arranged in the order of their atomic weights, they fall into groups of similar chemical and physical properties repeated at periodic intervals.

Happy birthday, Julius Lothar Meyer, and thank you for your great developments.