A video of a mysterious ‘furry green’ snake has netizens baffled. The dragon like ‘furry’ snake was spotted in a swamp in Thailand.

The two-foot-long creature is appeared moving inside a vessel.

The clip has now gone viral on social media platforms. 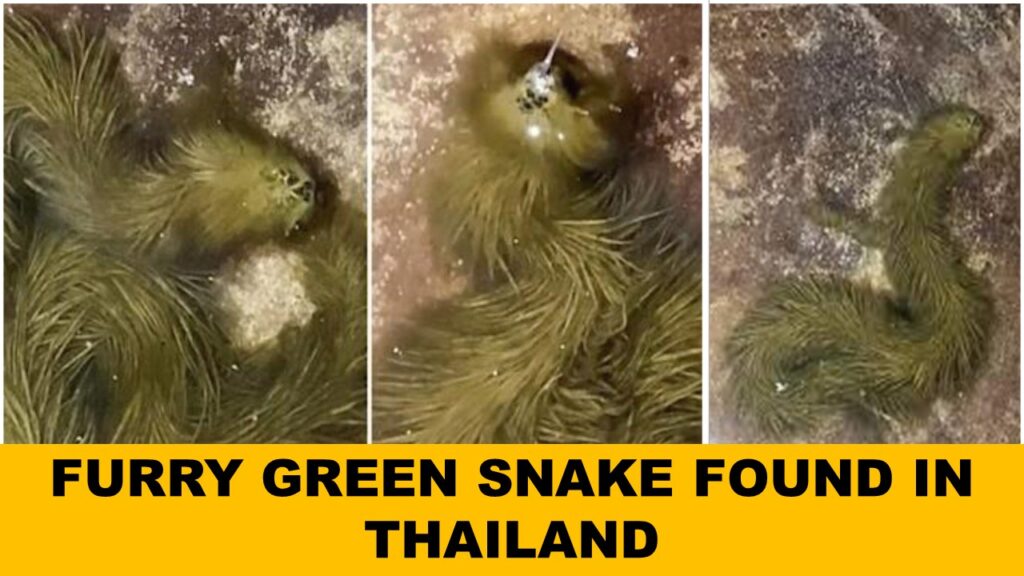 “Some locals said the furry reptile could be a puff-faced water snake that had moss growing on its body from waiting so long in the swamp to catch its prey in the still, shallow water and rocky crevices.

According to reports, the snake was found in a swamp in Thailand’s Sakhon Nakhon. Netizens, who were left baffled on watching the strange snake, called it ‘alien’ and ‘mysterious’ as they failed to recognise the this kind of rare found species.

“I have never seen a snake that looked like this before. My family and I thought it would be useful to let people find out what it is and research about it,” Tu’s niece Waraporn Panyasarn, 30, said.

Sam Chatfield, who is snake species coordinator at Wildlife ARC on the NSW Central Coast:

“The scales are on top of skin and mostly made of keratin. It’s like having a layer on top of the skin and when they shed they’re shedding the outside of those scales,” she said.

Netizens, who were left baffled on watching the strange snake, called it ‘alien’ and ‘mysterious’ as they failed to recognise the species.

The video uploaded on YouTube shows the two-foot-long creature moving inside a vessel. The snake’s ‘hairy’ or grass-like-looking body gave netizens the creeps as it slithered.

Some users said in the comments that it’s not fur on the snake but algae as it’s a water snake. A user also alleged that it’s fake and it is just a normal snake wearing some kind of sleeve.