An elementary school principal has died after a motorcycle crash in New Castle County, Delaware.

“It is with great sadness that I must share Dr. Terrance Newton passed away this evening after injuries sustained from a motorcycle accident on Friday, March 18th,” Red Clay Consolidated School District Superintendent Dorrell Green said on the school’s web posting Monday night. 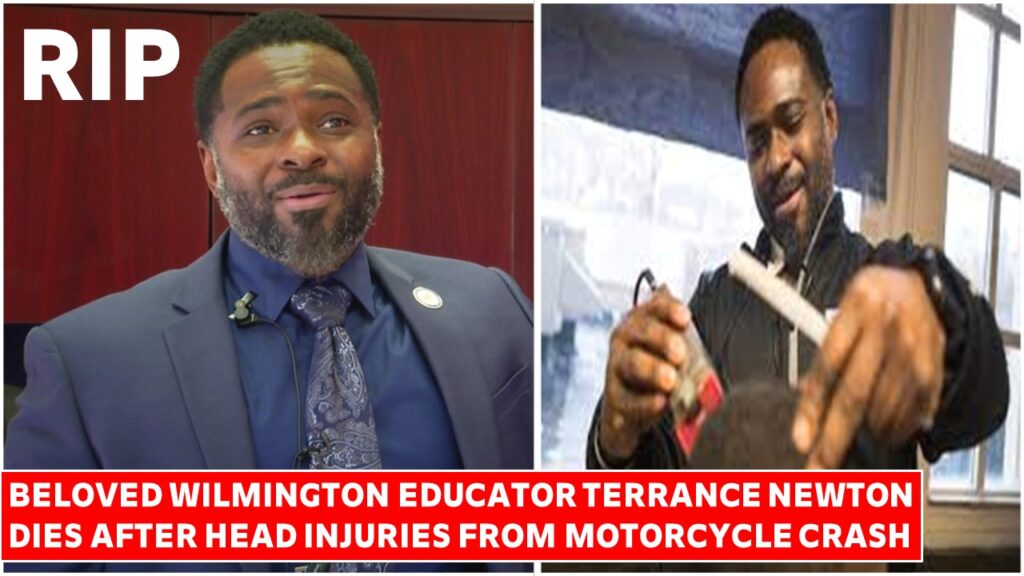 “He is always pushing the positive thoughts,” said David Monk, one of Newtown’s best friends since childhood. “He was just an outstanding role model principal.”

The motorcycle crashed occurred about Time 10:45 P.M. in the 100 block of Old Baltimore Pike, according to New Castle County Paramedics and Delaware State Police.

The news of his injuries rocked Wilmington – and the state – over the weekend and into Monday, as an outpouring of love and prayers were shared across social media and throughout the city where the educator has come to be known and loved.

Dr. Terrance Newton Wilmington de was well known for the ways he would go above and beyond to connect with his students at Warner Elementary School.

Dr Terrance Newton cause of death?

As he moved to pass the vehicle on its left side, Newton’s Harley struck the raised concrete median. Newton, who police said was wearing a helmet, was ejected from the motorcycle.

Arriving paramedics found 47-year-old Newton in the roadway. He was treated for a head injury before he was taken to Christiana Hospital in critical condition, according to paramedic Staff Sgt. Abigail E. Haas.

There's #GoodNewsTonight about a principal who is changing students' lives one haircut at a time.

Students at Warner Elementary School, which 47-year-old Newton helmed as principal, even recorded a video Monday chanting the nickname by which the man was well known: “Newt.”

“This is such a heart-wrenching loss for our community,” Delaware Gov. John Carney said in a statement. “Dr. Newton was everything a school leader should be, and more.  He was selfless, dedicated, enthusiastic and cared so deeply about his students and staff. That was clear every time you walked in the front doors of Warner Elementary.”

Elementary School Principal Dr. Terrance Newton set up a free barbershop in school to build relationships with his students and provide a haircut for those who couldn’t afford it otherwise; high school English teacher Erin Castillo created a mental health check-in chart to identify if her students are struggling and need extra support.

“We’re definitely going to miss him,” Green said. “Dr. Newton will be irreplaceable. There won’t be another one, but his legacy will live on.”

May your soul Rest in Peace Dr Terrance Newton!