Google Doodle Today’s honors the legacy of groundbreaking Scottish scientist Mary Somerville. On this day in 1826. She was a Scottish science writer and polymath Born in Jedburgh, Scotland, on December 26th, 1790. She studied mathematics and astronomy, and was nominated to be jointly the first female member of the Royal Astronomical Society at the same time as Caroline Herschel.

It became the first paper by a female author to be published in the prestigious Philosophical Transactions, the world’s oldest science publication, which is still active today. 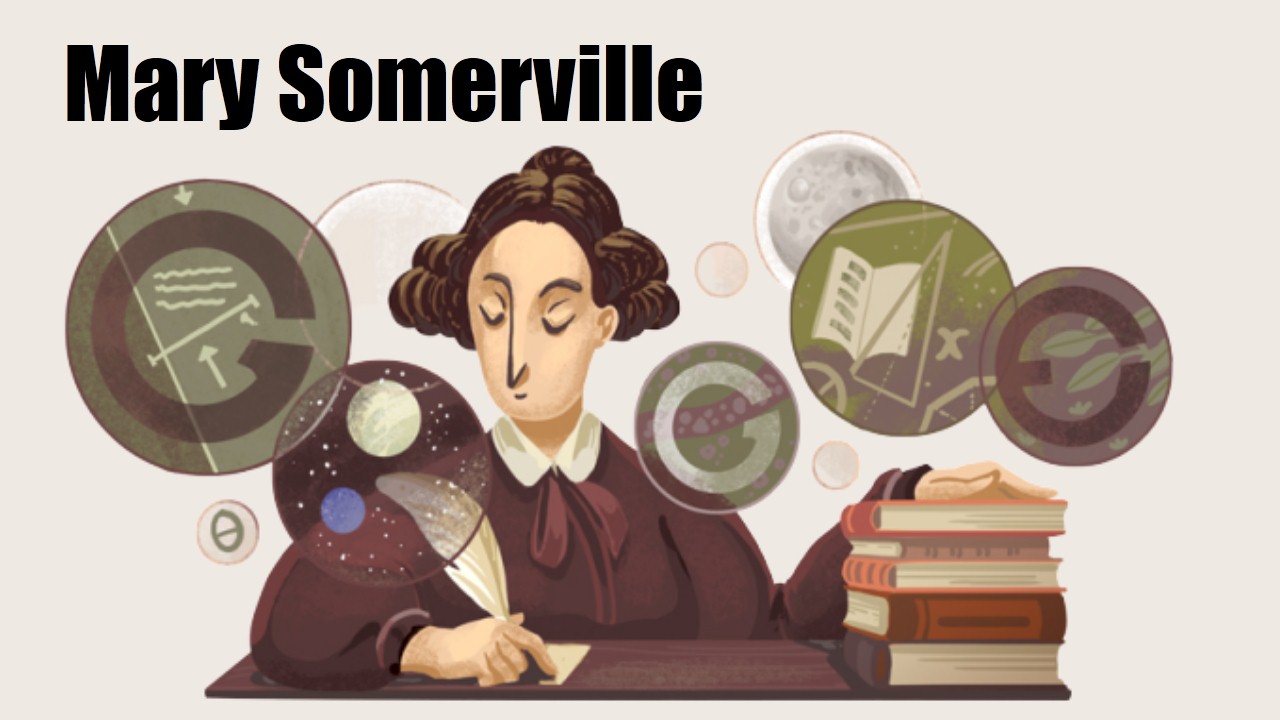 At the age of 10, her father returned from abroad and decided to send her to boarding school for proper education.

At a boarding school her art teacher explained how the basics of painting can be traced back to the elements of Euclid’s geometry. After getting a copy of a classic book, Somerville was eager to teach himself astronomy and mathematics. After many years of independent learning and research, she continued to publish her own scientific papers and books. 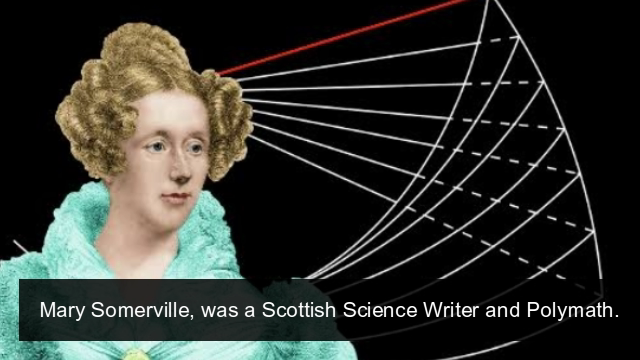 When John Stuart Mill, a philosopher and economist, organized a large petition in Congress to give women the right to vote, he first wrote a signature to Somerville on the petition.

When she died in 1872, Morning Post wrote in her death article, There is no doubt about the queen of science no matter what the difficulties of choosing a king of science in the mid-19th century.” And declared.

She is featured on the cover of the 2017 Royal Bank of Scotland Polymer £ 10 Notebook with a quote from her work The Connection of the Physical Sciences.

Somerville was not the man who pierced the pigeons, but was also the first person to advocate equal rights and to sign the 1866 petition for women’s suffrage.

In 2016, the Physics Laboratory praised Somerville’s innovative thinking. This paved the way for an ever increasing number of women in the STEM field.