Hisaye Yamamoto was an American author of Japanese descent. She is top known for the short story collection Seventeen Syllables and Other Stories, first published in 1988. Her work confronts issues of the Japanese immigrant experience in America, the disconnect between first and second generation immigrants, as well as the difficult role of women in society.

Morning Rain (1952)—This story relates a moment in time taking place over breakfast between a Nisei daughter and her Issei father. Over the course of the story, we study that the daughter has wedded an American man and feels detached from her father. The story ends with a sudden revelation that is symbolic of the communication gap between generations: the woman discovers that her father has difficulty hearing. 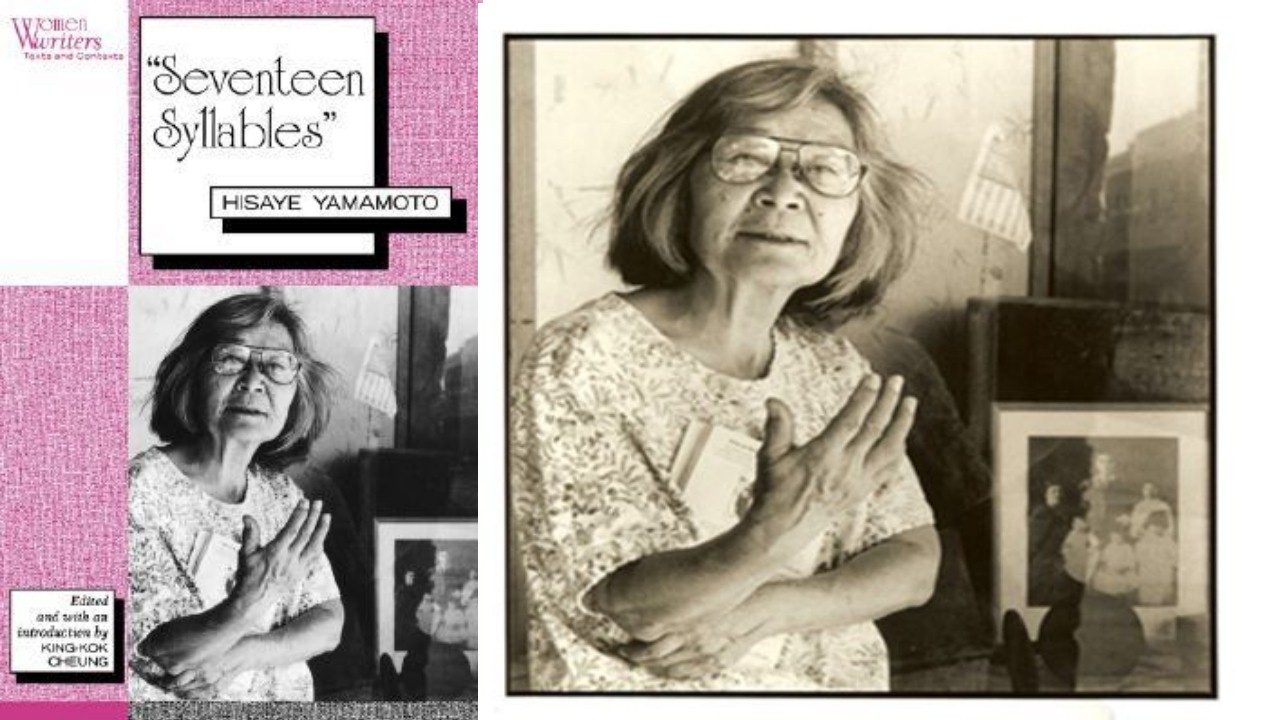 The adversity he overcame in the prison camp formed the basis for much of Yamamoto’s work, such as his 1950 short story “The Legend of Miss Sasagawara.” She also continued to be a lifelong advocate in the fight against war, racism, and violence. In 1986, Yamamoto’s storytelling won the Before Columbus Foundation’s American Book Award for Lifetime Achievement for her contributions to American multicultural literature.

In 1948, Yamamoto published her first short story, “The High Heeled Shoes,” which inspired Yamamoto to leave journalism and pursue writing full-time, often exploring topics related to the intersection of gender, race, and ethnicity in her works.